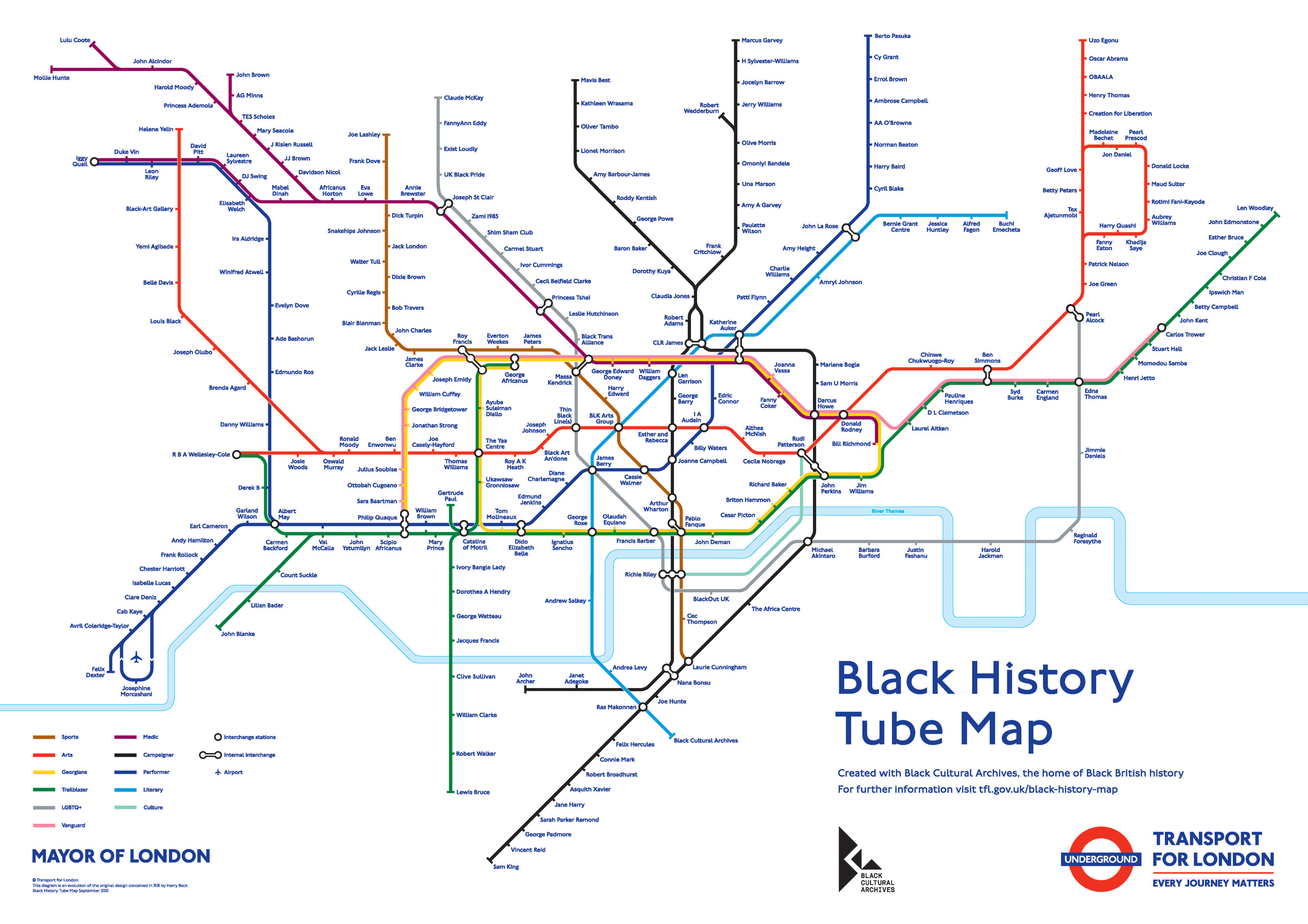 TFL teamed up with the Black Cultural Archives to launch the first ever Black History Tube map, celebrating the rich and varied contribution Black people have made to London and the UK from Pre Tudor times to the present day.

The Black Cultural Archives is the home of Black British History, conceived in 1981 as a monument to hold space and collect, preserve and celebrate the histories of people of African and Caribbean descent in the UK to inspire and give strength to individuals, communities and society.

From the woman who both founded Britain’s first major Black newspaper and co-founding of Notting Hill Carnival, to London-based Georgian entrepreneur Cesar Picton, there’s plenty to be seen across all lines!

Here are a few stand-outs we wanted to share.

Pablo Fanque, born William Darby, was a British equestrian performer, tightrope walker, acrobat and the first Black British circus owner! His circus was popular in Victorian Britain for 30 years, a period that is regarded as the golden age of the circus. Pablo Fanque was immortalised in The Beatles song Being for the Benefit of Mr Kite! on their album Sgt. Pepper’s Lonely Hearts Club Band.

Cécile Nobrega, née Burgan was a Guyanese-born British teacher, poet, playwright, composer and community activist. She led a 15-year campaign to establish a monument in Stockwell Memorial Gardens, Bronze Woman, which is the first public monument to black women to be on permanent display in England.

George Augustus Polgreen Bridgetower was a virtuoso violinist. As a child George exhibited considerable talent, giving successful violin concerts in Paris, London and Bath.  In 1791, the British Prince Regent, the future George IV took an interest in him and oversaw his musical education.

His playing impressed Beethoven so much he composed Sonata 9 for him – a sonata considered by today’s violinists as being the Mount Everest of violin sonatas. In 1807 he was elected to the Royal Society of Musicians and spent his final years living in Victory Cottages, Peckham. He is buried in Kensal Green cemetery.