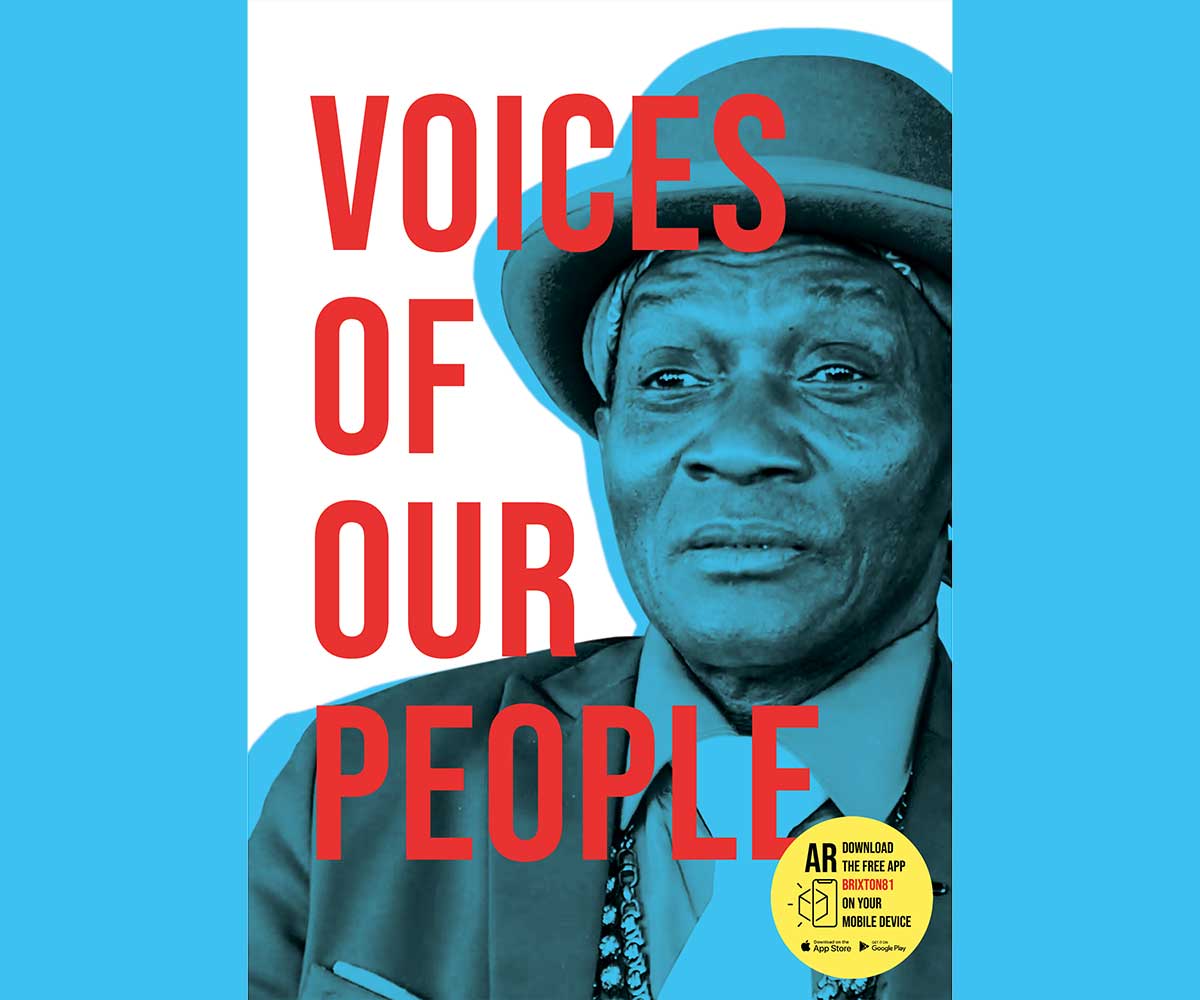 Bringing a book to life: Voices of Our People.

To commemorate the fortieth anniversary of the 1981 Brixton Uprising the Independent Film Trust released a limited edition book with a difference. With the help of augmented reality (AR) the book comes to life. We asked Director of the project Michelle Scarlett more about Voices of Our People.

What gave you the idea to use Augmented Reality for this project?

Over the past few years I have personally become interested in Extended Reality (XR) and how it could be used as an educational resource. XR is a term used to describe immersive technologies such as Virtual Reality (VR) and Augmented Reality (AR). With the Independent Film Trust (IFT), I have had some experience creating and working on oral history projects that use 360° Film and VR, so the book, Voices Of Our People was an opportunity to further experiment with technology and oral histories whilst creating an engaging resource for people to enjoy and learn from.

When coming up with the idea what were your main objectives? Who was your audience?

My main objectives for the book is for it to be an introduction into some of the topics, issues and contributors that are part of the #81 Brixton Uprising oral history archive. To further unpack the contributors’ oral histories I have created a 4-episode podcast that complements the book and the full interviews a

re also available on the IFT website. The book aims to be something that can be shared intergenerationally and a starting point for discussions about some very important issues within our communities and families. These issues are then further explored through the podcasts and full archive.

Do you think it would be as impactful if only the interviews of the contributors were a separate film without the book?

No it would not be as impactful as the viewer would only have the video to watch. The book provides a physical, tactile object that someone can keep and interact with on multiple levels e.g they can read it, look at pictures as well as touch and examine it. The illustrations and artwork featured in the book could not be carefully studied by the audience if it were in video form. There would not be enough time for the viewer to observe and understand the details and messages that are told through the art.

What was your greatest accomplishment in this project?

Using a combination of different creative artforms to present oral histories in new and exciting ways. The project used video, audio, AR, illustration, animation, photography, artwork, soundscapes and music. It was wonderful to see it all come together. A bit like your favourite band. Individual musicians and their instruments playing together to create your favourite song.

Did you face any problems whilst creating this project?

This project was created during Covid-19 and very strict lockdown regulations so that created some delays, contributors had to cancel interviews for unforeseen circumstances and just the nature of filming was different due to social distancing and masks etc.

Did you know any of the contributors before this book? Was it hard finding people to talk about their experiences?

Yes I knew 2 of the contributors before the book however, we had never spoken about that part of their life or the 1981 uprising as I did not know them forty years ago. Once they were interested in being part of the project, I asked them if they knew anyone else that might want to be a part of it also. It wasn’t too difficult to find people to talk to about this topic as I am a long standing member of the community. It was just a matter of getting people interested in what I was doing and asking if they would like to be a part of it.

What did you learn about the 1981 riots from creating this book?

Many of the issues that members of the community faced back in 1981 are still apparent in today’s society. Although now it might be better, there is still a long way to go in order for us to live in a fair and just community. I also learnt that people are having to live with extremely traumatic experiences and at the time they did not realise they were having to cope with major stressful situations. This can have negative impacts on people’s mental health and should be addressed. Even if it is forty years later. It’s never too late.

What was the audience response to your book? Can you see how many people used to the app?

The response has been amazing and the feedback that I have had so far has been very positive. Some are fascinated with the technology as they have never seen anything like it before and others are drawn to the life experiences of our contributors and want to find out more about the uprising. We printed 500 copies of the book which have been distributed across the UK and we only have 20 left so it has been popular. Within the next few weeks we shall receive feedback forms from the people who have ordered their book through the IFT website so we will have a better idea of what people thought then.

Download the Brixton81 app on Apple App store or Google Play and point your device at the book pages below to bring the oral histories to life.

In addition to the book, the team have created a four-episode podcast and an archive where you can listen to the oral histories in full. To receive your own free copy of the book and listen to the archive visit the Independent Film Trust website.