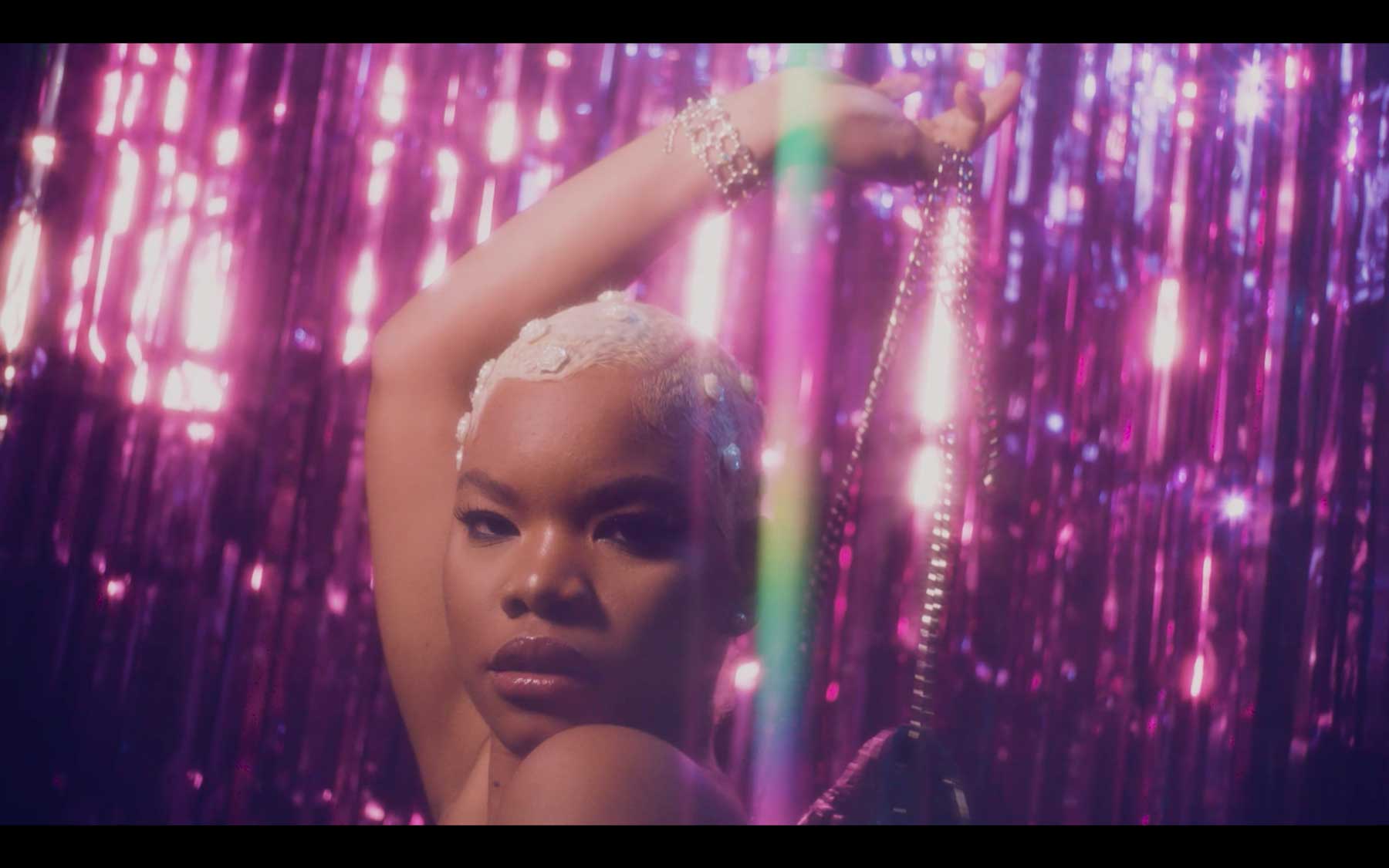 Pride month is when the LGBTQ+ community is most visible, through protests, parades and rainbow capitalism. For pride month 2021 I showcased short films which explored what it means to ‘claim space’ as a queer person, whether that means creating safer, inclusive spaces to party or finding a place to call home.

Laura Kirwan-Ashman’s documentary Pxssy Palace celebrates a collective that organises events for London’s QTIPOC (queer, trans, and intersex people of colour). In recent years, many queer venues have been closing their doors or are under threat of closure, so it’s more important than ever to celebrate these spaces.

In an interview with the British Council, Laura says “The dancefloor at Pxssy Palace is a place of joy, love, self-expression, and support. It’s a place to feel that sense of belonging and welcoming acceptance that doesn’t always exist in the world. It’s also a place to commune and learn from each other so we can better support each other and our community.”

While the pandemic continues to prevent people from partying together IRL, this film reminds us why we must cherish spaces like Pxssy Palace. The week the film screened on Good Wickedry, the collective announced their return on social media, after a hiatus of nearly two years, signing off: “Looking forward to taking up more space with you all soon”.

For those searching for a way to connect during lockdown, Queer House Party – “a DJ collective, community platform and award-winning queer party that’s accessible, radical, DIY and punk AF” flourished. Their success has led to opportunities for in-person connection, with Queer House Party presenting throw-downs at Somerset House and Brainchild Festival during summer 2021.

Another short film to look out for is Naïla Guiguet’s Dustin, which is currently having its festival run. Dustin follows a group of friends on a drug-fuelled night out in Paris, capturing the highs and lows of being part of the electronic music scene.

The next film in my programme was Páris Cannes’ The Dragon With Two Heads which explores a different definition of claiming space: finding a new place to call home when your home no longer feels safe. In this film, two brothers escape the increasingly homophobic political situation in Brazil and are now living in Europe. Set during the 2018 Brazilian elections, the brothers’ anguish about the future of their country under the rise of far-right candidate Jair Bolsonaro deepens when one of the twins is involved in an accident.

Páris describes The Dragon with Two Heads as: “a cinematic portrait of the unbreakable bond between two brothers, it travels from Brussels to Berlin to Brazil, mixing archives with mise-en-scene and formal experimentation to explore fundamental themes in my work: the delirious experience of being a twin, confronting the deadly violence of homophobia, relying on geography as a lifeboat, witnessing with horror the political radicalisation in Brazil and the echoes of this same conservative wave in Europe”.

This film interests me because it shows a grey area of (potentially forced) migration: where you may have the mobility to travel to a more LGBTQ+-friendly country, but perhaps don’t qualify for refugee status. Additionally, queer people fleeing persecution under laws that criminalise same-sex acts are often rejected by UK immigration officials. The Home Office has reportedly refused at least 3,100 asylum claims from LGBTQ+ nationals from such countries, perpetuating a ‘culture of disbelief’ when it comes to gender identity and sexual orientation.

Alex Davidson, a Cinema Curator at the Barbican Centre, programmes a strand of queer cinema called Forbidden Colours, which features films from places where LGBTQ+ people continue to face prejudice, human rights violations, criminalisation and in some cases, the death penalty. This programme includes films not just from countries where same-sex relationships are illegal but also places that fall into the grey area represented in The Dragon With Two Heads – places where homophobic far-right groups are increasingly validated by conservative, populist regimes.

The third film in my selection, Linnéa Haviland’s Turning, is an experimental, animated poem that explores the impact of homo- bi- and transphobia on young people, and how support and community can help us find spaces to be ourselves and to grow. A collaborative filmmaker who often develops films through workshops, Linnéa’s insightful work creates inclusive narratives that give a platform to young, queer voices.

Linnéa writes: In Turning I wanted to find a way to represent the very vast and varied experiences that people have of homophobia, transphobia, and biphobia by focusing on the emotional aspects of our experiences as queer people. I developed the film concept together with young people during workshops at Gendered Intelligence, because I wanted the film to not only represent my point of view but also be influenced by others’ experience and in that way find what brings us together.

Linnéa’s use of animation, both in this film and other collaborative, workshop-based projects, creates a ‘safe space’ for her participants to speak freely about their experiences. This has great value for those who may not be out to their families, friends and or/communities.

The final film offers yet another perspective: claiming space through exploring queer histories. Joseph Wilson’s Il-Wildna is a dystopian short film that reimagines the effects of Section 28 on queer people. Section 28 was a piece of legislation introduced by Margaret Thatcher’s government in 1988, designed to prevent the so-called promotion of homosexuality in schools; thereby stigmatising lesbian, gay and bisexual people. The law was finally removed in 2003 with David Cameron issuing an apology on behalf of the government to the LGBTQ+ community in 2010. In Il-Widna, named after the WWII era sound mirrors (some of which remain in Dungeness, where the film is set), Joseph reimagines the effects of Section 28 as resulting in the banishment of queer people from the UK. “Il-Widnas are amplifiers, and have significance in the film as they amplify our collective, queer voice,” Joseph says in an interview for i-D.

In response to Humphrey Jennings and Stewart McAllister’s 1948 Government-sponsored documentary Listen to Britain, queer writer, performer and filmmaker Amrou Al-Kadhi created Clash, a short experimental documentary. Through the perspectives of queer people of colour, Clash critiques the lack of diversity in on-screen representation in Britain, particularly in the historical or period drama genre.

While organisations such as the Bishopsgate Institute house important LGBTQ+ archives, artists and filmmakers are free to reimagine and retell queer histories as a form of claiming space – an act of resistance to challenge the mainstream historical narratives.

If you missed the films, you can watch some of them here: