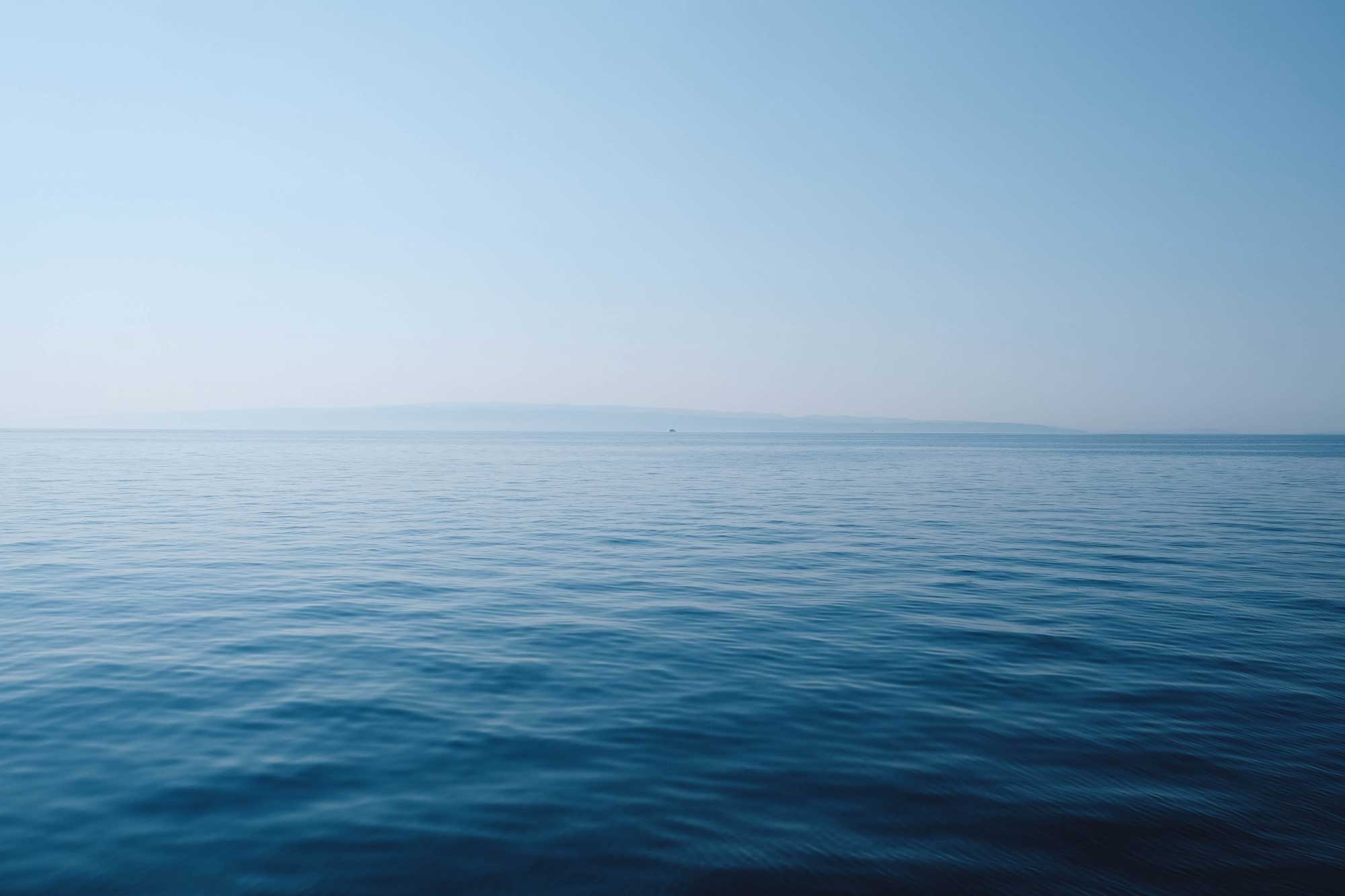 When you cross Atlantic Road, make sure you look both ways. On one side, you will see the bustling life of Brixton high street, and on the other, you will see the vibrant, diverse Brixton market –a plethora of distinct identities that embrace you with their best produce upon arrival. Make sure you take all of it in – not just some of it – all of it. You see, Brixton is filled with many striking images and vital artefacts, so it is easy to miss things when you are in a hurry. When we look at British History, especially Black British History, we tend to make the same mistake. We miss important things out without giving it a second thought. In modern Britain, Black British history is conceptualised as an alt (alternative), or parallel history, rather than a history which is at every level deeply intertwined with that of Great Britain. This inevitably raises the question: Why do we have a Black history month to recognise and remember the major historical events of Black Britain, and why is there not a national history in which our existence is regarded as an integral part?

The 1981 Brixton riots play a central role in understanding why this side of British history has been marginalised. To protect Britain’s proud history of unity and overcoming adversity, much of the contemporary British national story is told through a ‘Whig’ narrative: a story in which things got progressively better for everybody. However, this narrative refuses to encompass the story of Black people in Britain. And on the 40th anniversary of the Brixton riots, this history is one that we can no longer ignore. The riots could be better understood as part of an ongoing horror story, which began a long ago with the establishment of the Royal African Company in 1660. As we travel deeper into the history behind the riots, let us understand Brixton as a stage on which this horror story would unravel, and Atlantic road as the set of our climatic scene.

Brixton is a time capsule of deeply intertwined histories. Beneath the glamourous, attractive, and gentrified area that is Brixton today, lies a sinister link to the infamous transatlantic slave trade. Many wealthy landowners within the modern borders of Greater London built their wealth off the back of slavery, including the 1684 Lord Mayor of London, Sir Henry Tulse, who’s insurmountable wealth afforded him a huge level of status in late seventeenth-century London. Also known as ‘Lord Brockwell’, Tulse owned the entirety of modern day ‘Tulse Hill’ (yes, named after him), as well as the lands known today as ‘Brockwell Park’. Tulse regularly sold enslaved people at an auction situated just outside of St Matthew’s Church (next to the Ritzy), and those who were not sold were pursued down a walkway (that still exists today) from Brixton towards Lordship Lane – where they were horrifically cut down. Little known to their descendants, their blood and trauma still stains the pavements of Brixton to date. And unbeknownst to the victims of this horrific trade, their spirit of their survival and resistance would echo through Brixton for centuries to come.

The Brixton riots shook Britain to the core. It was a climax of the anger and frustrations of Black people in South London at the time, as well as the festering social and political tensions that followed the rise of Margaret Thatcher and far right politics. In the eyes of the British public, the images of the riots were abhorrent. On the surface they resembled a sporadic outburst of public disorder and anarchy. But the riots were really a retaliative outburst of pain, trauma, and desperation from a community that had endured racial oppression for generation upon generation. Yet, the large crowds of predominantly young Black men fighting police, looting local businesses, and setting vehicles on fire, seemed to match perfectly with the propaganda imagery that the National Front (NF) had been widely circulating at the time. The phrase ‘muggers’ was a buzzword used religiously by the NF to describe black people, and it was a powerful trope used to legitimise the relentless racial profiling of young black men by the Metropolitan police. Throughout the 1970s, police targeted black men and boys by exercising the ‘sus’ law, an offshoot of the 1824 Vagrancy Act, which allowed police to stop and search people based on the ‘suspicion’ that they had, or were going to, commit a crime.[1] Many second-generation Windrush migrants still carry deep memories of terror from their youth, to them, the police represented a threat to their physical well-being, and their freedom – whether they were innocent or not.

There is no better example of this than the ‘PNH’ operation in Lewisham of 1977 (standing for Police N****** Hunt as it was called by local police), in which 60 black homes across the borough were raided and ransacked by police to arrest those supposedly responsible for local thefts. The charges brought against those arrested in these horrific home invasions were described as ‘conspiracy to rob’, meaning there was no evidence that crime had been committed, only the assumption that these young black people were somehow coordinating this local phenomena.[2] However, these racist tropes of black criminality date back long before the sus laws of the 1970s, and are cloaked in imperialist dogma. During the days of the Empire, Black people were largely depicted as violent, unpredictable, uncivil, and generally incapable of assimilating into a civil ‘white society’. This rhetoric was used to gaslight the victims of racial profiling and ‘stop and search’ as a notion was created from the historic prejudiced rhetoric that black people would inevitably wind up in Police custody when let loose on the streets. It would appear that the same ideas that Sir Henry Tulse had used to justify the brutality to which he subjected those he enslaved – the ideology that black people were undeserving of human rights – was continuing to elicit an atmosphere of horror for Black people in Brixton some 300 years later.

Aside from this, the late 1970s saw a huge rise in the influence of the NF in South London, with a series of arson attacks on local black community centres – as well as homes. The 1981 New Cross Fire devasted the local black community, killing 13 young boys and girls including Yvonne Ruddock, whose 16th birthday they were attending. Clearly, the real horror of 1981 was not the rioting of angry, disillusioned, young black people in Brixton, but rather the socio-political atmosphere that terrorised black people throughout the period in question. On April 10th, 1981, Brixton became the stage on which Black people would reject this horror. For the ancestors of Brixton’s black community of 1981, crossing the Atlantic was a journey of unfathomable conditions, crippling fear, and the smallest hope that something better awaited them on the other side. Years later when hundreds of their descendants crossed Atlantic Road to confront the Police, it is without a doubt that they walked in the brave footsteps of their ancestors. The burning down of The George Pub on Railton Road, an NF stronghold at the time, channelled this same spirit of resistance.

Despite the chaos that ensued, it seemed that somebody in a higher place did hear their cries.

Following the riots, the Met Police led an investigation into institutional racism within Police forces known today as the Scarman Report. Widely regarded as an empty gesture to quell the civil unrest of the early 1980s, the Scarman Report did little to improve relations between black people and the police, surmising that racial profiling was something that Police did ‘unwittingly’, not intentionally.[3] To this day, black people are on average nine times more likely to be stopped and searched than their white counterparts across the UK.[4] With the circulation of the phrase ‘The UK is not innocent’ and the toppling of Edward Colston’s statue in Bristol, the last year has been monumental with regards to finally addressing Britain’s deeply problematic past.

The UK’s role in the horrors of colonialism can, and will, no longer be denied or covered up. Together, we are slowly realising our collective responsibility to remember the untold and erased stories of those who slaved for generations to make Britain ‘Great’, only to receive nothing in return. I would like for Atlantic Road to no longer be the set on which the horrors of British imperialism reached their climax, but to act as a bridge between contemporary Britain and a history that we must fully embrace if we wish to heal as a nation. You will find that Brixton is filled with incredible stories, images, and artefacts that can easily go unnoticed if you do not pay attention. So, next time you cross Atlantic road, make sure you look both ways.

for the latest news & updates
Cookies To make this site work properly, we sometimes place small data files called cookies on your device. Most big websites do this too.
Accept
X
X