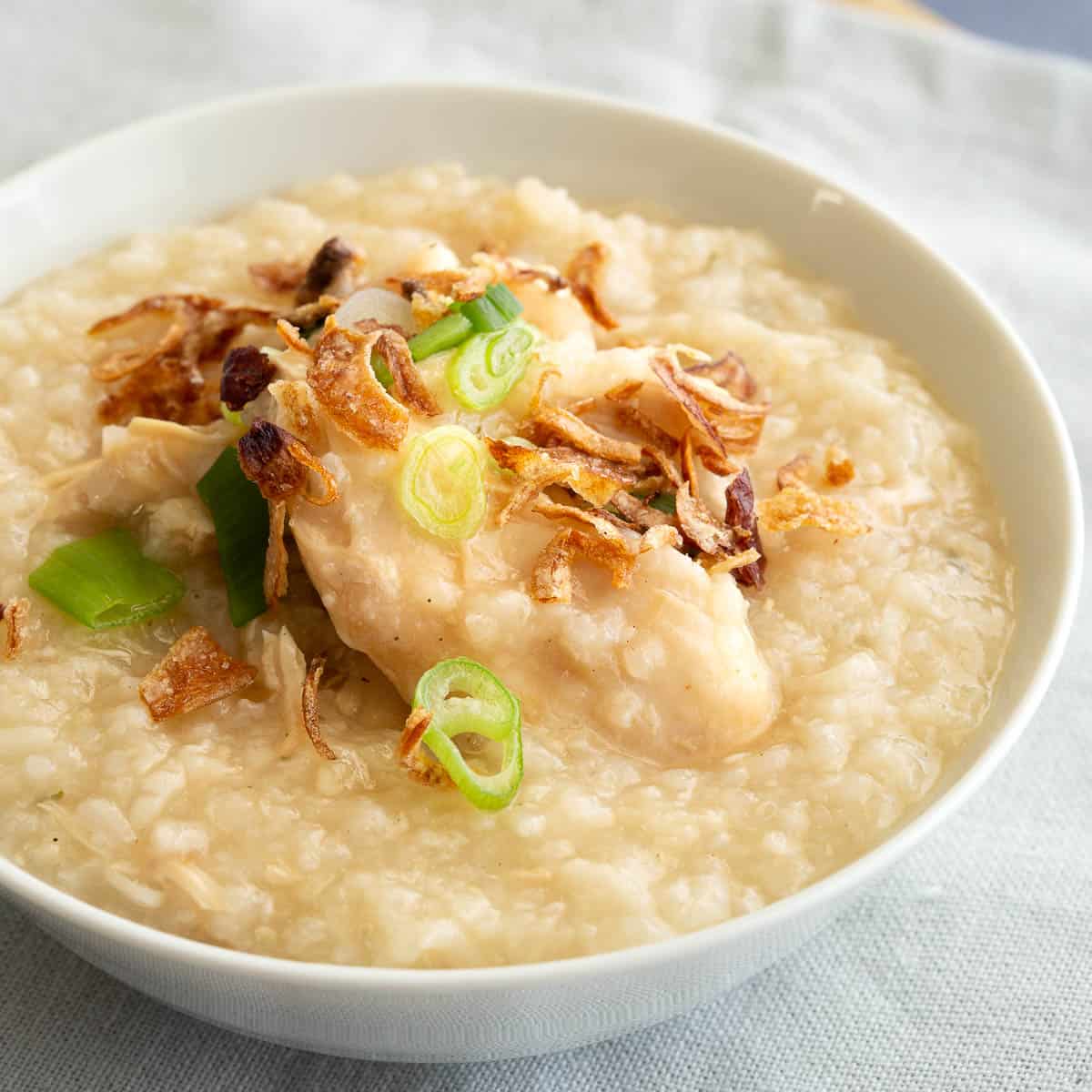 Cháo, a typical Vietnamese dish, not to be mistaken with chào, a casual ‘hi!’, sounds like a European greeting if read by an English speaker. Indeed, it can perhaps serve as a good morning, or equally as a good evening treat for a local enjoying the nourishing rice porridge at a street-stand. Growing up in the British countryside, the closest equivalent to this flavourful dish was probably a bowl of overly watery porridge with a tablespoon of brown sugar served at the dining room of my boarding school. Needless to say, it did not taste quite the same.

At the start of each of my childhood summers, spent abroad in Hanoi to visit my maternal family, my grandmother would excitedly come out to greet her Việt Kiều (literally ‘living far from Vietnam’) granddaughter that she rarely saw. Ocean Vuong, a poet who is also a part of the diaspora, describes what receiving her ‘Kissing in Vietnamese’ felt like:

[…]
When my grandmother kisses, there would be
no flashy smooching, no western music
of pursed lips, she kisses as if to breathe
you inside her, nose pressed to cheek
so that your scent is relearned
and your sweat pearls into drops of gold
inside her lungs, as if while she holds you
death also, is clutching your wrist.
[…]

Literarily illustrated here by similes, is the overwhelming and constrictive nature of the palpable intensity of the affectionate gesture that I would receive upon arrival from the airport. Instead of passively accepting this encounter from someone I rarely saw in my day-to-day life back in the UK, I would energetically try to push my way out through the overly tight embrace that felt restraining and invasive. Alas, I would run away into the house to find the preferred stoic attitude belonging to my grandfather, who would share his culture through the rich and diverse gastronomy he was familiar with. In the mornings, amongst the hectic confusion elaborated by the screaming street food sellers, he would grab a Bánh mì for me, a sandwich made with baguette bread, merging the duality present in my mixed cultural heritage into a savoury bite filled with pâté topped with coriander, cucumber and carrots.

Evidently, Vietnamese cuisine, much like the language used to describe it, bears influence from its country’s colonial past. As a matter of fact, the long duration of the French occupation clearly left its mark on both of these facets of Vietnam’s cultural identity. Immigrant author Kim Thuy observes this in her novel Em, as she points out the similarities between the French words, that have been translated into English below, and their Vietnamese counterparts:

It is interesting to see and hear that the terms sound extremely similar, only slightly differing in their pronunciation, as a certain accent is emphasised or lost in translation. Evidently, there are phonetic similarities referring to these popular items, mentioned in their respective languages. This shows a versatility in the use of culinary terminology between the two different languages, but also the universality of these products. However, it equally points to the almost undistinguishable nature of the terms and the attempt to strip Vietnamese of its originality, through the imposition of a phonetic transcription emerging from the importation of foreign goods. Nevertheless, each language’s rendering of the terms remains distinctive enough to aurally pick up on the rebellious and outspoken accentuations, heard in the tonal variations of the Vietnamese versions which seem to refuse to conform to the language they borrowed from. Today, those of the diaspora do not necessarily respect the subtle nuances as ghi ta turns into a more anglicised guitar and tắc xi becomes taxi as English is preferred due to its international status.

Yet, there is an attempt to reconcile the traditional culture and linguistics with the modern world just as the Vietnamese married couple of musicians Nodey and Suboi show in their track Đôi Khi, mixing English and Vietnamese lyrics in a song complemented by a vibrant video. The surrealist mise-en-scène portrays Vietnamese femininity, perhaps ironic for an artist whose name is based on her tomboy attitude. There is clearly an accent on fashion and dance, as the rapper, moving around in a traditional áo dài dress with futuristic details, slams the lyrics whilst standing in the middle of a lotus shaped arrangement of choreographed dancers, skillfully using their handheld fans to recreate the floating leaves of the Vietnamese symbol championing renewal.

If the filmography cannot offer a traditional Vietnamese perspective, as it has been directed by Cako who has Parisian origins embedded in his Asian heritage, it is a product of multiculturalism which has introduced personal debates over the complexity of mixed identities and a sense of belonging to one country, another or none at all. In this case, it seems that the project is an opportunity to re-visit a ‘lost’ identity by examining and celebrating some aspects of the Vietnamese culture. The packed city spaces filled with dynamic bodies wearing modernised traditional garments, all appear under the analytic gaze of the camera which choses to detail certain of their aspects in the close-up shots. This offers the point of view of a videographer whose cross-cultural background asserts itself, and can therefore appeal to a wide range of audience regardless of their origins. In this way, it is able to break cultural barriers and represent what a multilayered Vietnamese heritage may look like through the camera lens. As the polysemous chorus refers to it: ‘sometimes I see you, sometimes I don’t, our hands embracing into nowhere’.

In another one of her songs titled N-Sao, Suboi mentions that there is ‘No need to beat down 6 Napoleon statues’. This is a reference to French colonialism, mixed with a bit of Sherlock, suggesting that there is no need to seek angrily for reparations as history now belongs to the past. Then follows the references to ‘Paris By Night’, the innovative show that was made to bring the missing cultural aspects to the diaspora, and famous artists ‘Hoai Linh, Thanh Ha’ who have taken part. The acknowledgement of elements belonging to Vietnamese pop culture, emerging in a post-colonial context, showcases the thriving recovery of the country and celebrates its ties with a population that still contributes to its cultural development despite living outside of it. This can only honour the plurality of definitions inherent to what being Vietnamese means.

As can be seen, the interdisciplinary nature of Suboi’s work, meshed with cultural and historical references, screams about the diversity that is embedded in Vietnamese national identity. Much like her, poet Ocean Vuong and author Kim Thuy have deconstructed the complexities attached to this sense of belonging in order to offer their perspective and experience on the historical and cultural facets of Vietnam. As a result, in their respective quests to explore the nuances of identity, these artists are re-writing what being Vietnamese means.

In the current multicultural world, it is becoming increasingly important to find ways to understand, recognise and admire complex identities that will prevail in the future. Whether it is through writing, rap or culinary practice, experimentation should be encouraged in order to dive deeper into the cultural values of oneself to grasp a better understanding of one’s personal identity.  Perhaps, I may just now go and have a bowl of warm cháo with a spoonful of brown sugar and a baguette.