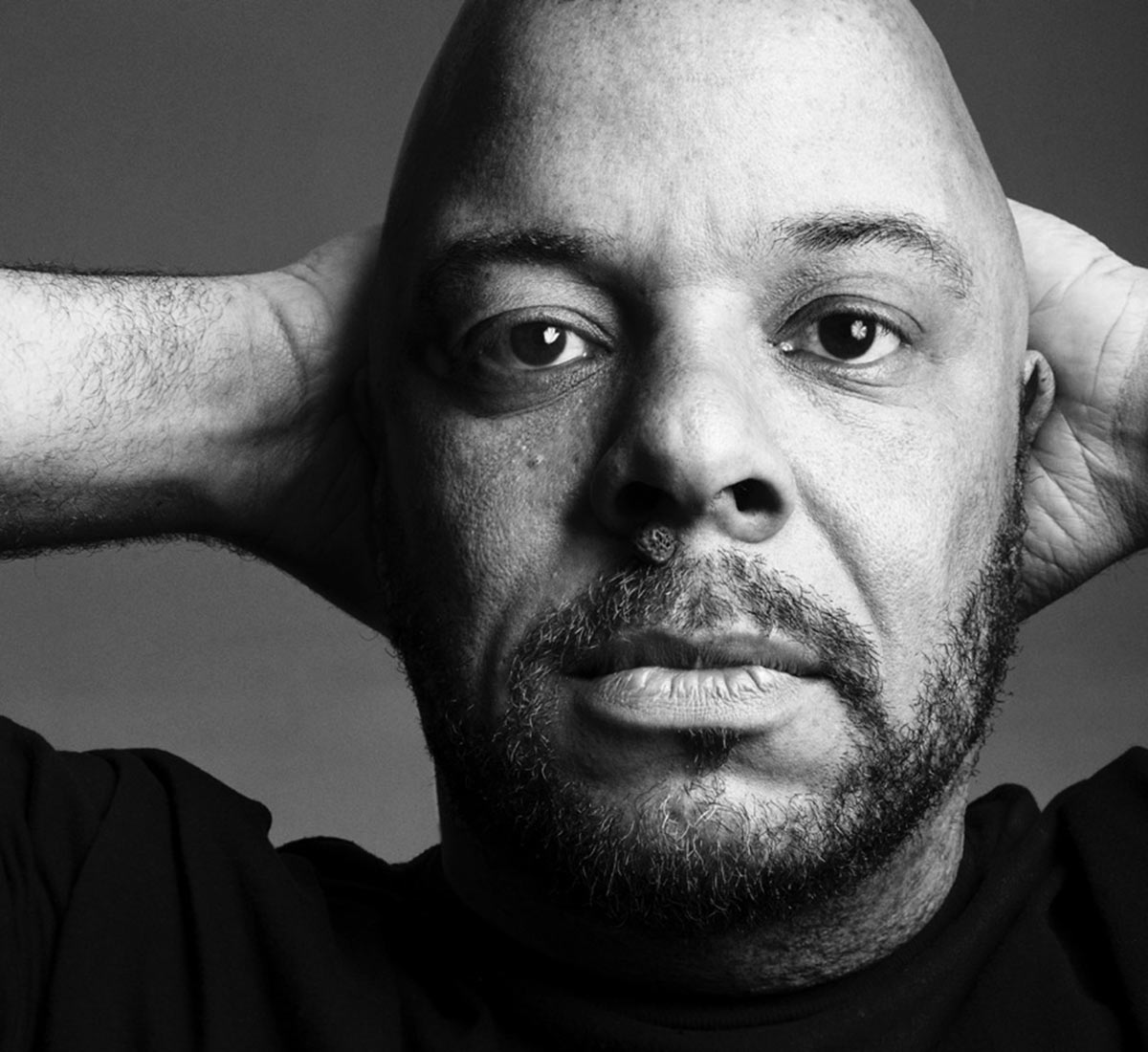 Lee Jasper reflects on the work and life of award-winning creative Jon Daniel. The classically trained graphic designer worked primarily as an art director for many of London’s leading advertising agencies, in a career spanning over twenty-five years. Jon was one of the most prominent and recognised Black creatives of his generation, and was a strong advocate for the promotion of the rich historical legacy of African diaspora people. His Afro Supa Heroes were installed along Railton Road for the fortieth anniversary of the Brixton Uprising.

As a poor working-class boy from Manchester, good design’s aesthetics and power really came down to fashion. Afro hairstyles, New York swagger and black power motifs were all the textured backdrops to my life. So my appreciation of the arts and design was pretty basic, at least, that is until I had the good fortune to meet Jon Daniels in 1996.

In 1996 I worked with others to establish Operation Black Vote and wanted to develop a guerrilla marketing campaign that would cause a sensation on the streets. Initially, we reached out to several West End design, media and public relations companies only to be presented with cliched images of Dr Martin Luther King accompanied by Kumbaya texts. At that point, I said we needed a black PR company, and after some inquiries, I was signposted to Jon.

When I met him for coffee in Brixton, within 10 mins, I had literally sighed with relief. It was that soul connection, like meeting a brother from another mother. He instantly understood what I was after and, days later, came back with Trevor Robinson, the Orange Man Tango adverts’ creator.

Together we supply one of the edgiest and most dynamic campaigns, printing pictures of local politicians with their constituency phone numbers asking black people to ring them up. The campaign instantly got traction within the national press, and OBV went from a standing start to a national news story overnight. It was then I understood the power of great design and good marketing and education came through my association with Jon Daniels.

He also supported the community campaign to shut down the racist Exhibit B so-called art installation in 2014.

Over the next 30 years, Jon and I would work together periodically on a variety of campaigns: Brixton Splash, the Mayor’s Office… anytime I needed quality black design concepts that reflected and resonated with communities, Jon was my go-to guy.

He was the kind of creative genius that you could discuss a brief with and be guaranteed he’d come back with quality ideas. He’s part of the reason why Brixton is considered a cultural and creative superpower.

One of his most inspirational works was his 1970s, African American inspired Afro Super Hero images. When he passed in 2018 it was a shock to us all but he will always be remembered for his warn and infectious personality and undoubted talent.

For the fortieth anniversary weekend you can follow Jon’s Afro Superhero trail, which is dedicated to the memory of one of Brixton’s finest.

To make this site work properly, we sometimes place small data files called cookies on your device. Most big websites do this too.
Accept
X
X