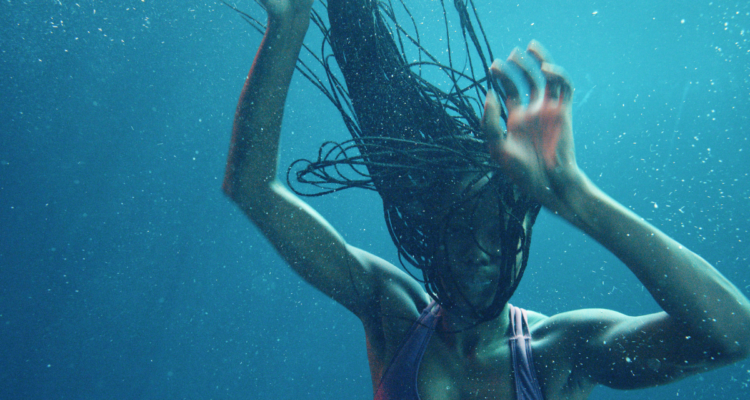 Nanny Makes Us See the Unseen In Caretaking.

As a child growing up in New York city, my grandpa would often pick me up from school and if we had time we would stop at a playground. Both my parents worked full-time as academics when I was a young child, so my grandparents were a crucial part of my caretaking network. I remember going to our favorite spot, what I called the Green Playground, where I would pump my little legs on the swing and hang from the monkey bars. At the Green Playground, I would often run into my friend and classmate Sarah. And I remember a moment when I noticed that Sarah’s parents never brought her to the playground, but without fail, rain or shine, day after day, Sarah was always accompanied by her nanny, a Jamaican woman named Keisha.

Eventually, I started going to Sarah’s house for playdates afterschool. Keisha made us snacks that included the string cheese straws that my own mom never allowed me to buy from the grocery store. And I vividly remember the playdate where I sat next to Sarah in her room as we watched The Swan Princess—suddenly, Keisha came into the room to say goodbye. Why? She needed to pick up her own daughter, Kayla. I remember doing a double take when Keisha mentioned her own kid. My 6-year-old self was curious: “what? her own child? how had I never heard about this little Kayla? Why had she never joined our playdates?” I also remember Sarah jumping up with a little kid’s jealousy and hugging Keisha asking her not to leave—not to leave to for her own daughter. This moment has stayed with me years later. It was common for the kids in my private elementary school to have nannies. But, in the days, years, and decades that we spent being taken care of by these kind, strict, lovely, devoted, and multi-faceted women, what struck me was how uncommon it was for us, the caretaken, to pause and ask what lives these women lived after they said their goodbye.

Nanny, directed by Nikyatu Jusu, does exactly that. Jusu flips the script and asks us to enter the intimate, tense, and at-times frightening interiority of Aisha, a Senegalese nanny working in New York for an Upper East Side family. It is a powerful skill of a director, to shift the camera and show viewers the lives and hidden challenges of a world view that we have neglected or looked away from, and Jusu does this with innovative grace. I found myself on the edge of my seat, gripped by the stakes that Aisha’s life revolved around. I felt scared and nervous for her, as she tip-toed around exploitative labor conditions: late nights, a distracted and vindictive mother, an absent and boundary-negating father, and a sweet but kinda creepy kid who were all cocooned deeply within the layers of their own wealth and white privilege. At the same time, actress Anna Diop (who plays Aisha with deep respect and empathy) performs the heart wrenching role of a mother forced to hide her own love and concern for her son, who lives an ocean and world away.

It is excruciating to witness the agony of a mother who must care for another child at the expense of her own, but this is the everyday reality for the thousands of immigrant mothers working as caretakers in the United States. Caretaking is a grueling occupation, one that often is subject to exploitation and unregulated labor conditions. Long neglected by politicians and government, Nanny as a film asks its audiences to see the dangers of blurred work-life boundaries when real women, and their own children and families are at stake. Care work is an incredible undertaking. From the nurses who accompany patients during hospice, to the live-in aids that assist people with disabilities to live good lives (I personally think of how the kind and hilarious Willie-Mae was a crucial caretaker for my own grandmother after her MS diagnosis), to the nannies that are core to countless children’s experiences, caretaking has become inseparable from American society. But Nanny urges us to visualize this and ask, “at what cost?”

Sitting in the theater that day I asked myself, “surely we can be doing more and doing better?” Nanny’s answer is a certain and resolute: yes. Guided by a pulse-increasing soundtrack and a bold element of folklore and magic, Nanny rejects our neglect towards caretakers and instead forces us to confront the on-going intergenerational trauma and consequences that many Black and Brown immigrant women bear the burden of. This is particularly well done through the magical elements pushing along Aisha’s storyline. Jusu made a compelling storytelling choice that certainly was worth the risk. Spoilers must not be spilled, but the mythology of Mami Wata and Anansi the spider felt like a refreshing twist to telling the story of Black morbidity and Social Death*.

It is not lost on me that this film was released two years after the murder of George Floyd which sparked the urgent mantra that Black Lives Matter. Nanny follows in the wake of these 2020 protests insisting that Black mothers also matter. Their stories, their sacrifices, their nuances, desires, pleasures, and pains matter. From the “mammies” of southern plantations to the caretakers like Keisha and Willie Mae of today, there are a web of stories still be told of how the middle-class and white America has benefited profusely from a reliance upon and complicity towards the sacrifice of Black mothers’ labor and love. Nanny offers an entry point for us to honor these women and challenge our own complicity. Don’t look away.

*See Orlando Patterson’s Slavery and Social Death (1982) for a comprehensive exploration of slavery and its fundamental implications for Black and diasporic communities.

Zinha (fka Emma Zinha) is an afrofuturist director and filmmaker born and raised in New York and now living in London. Follow Zinha on @emmazinha and see more online www.emmazinha.com.