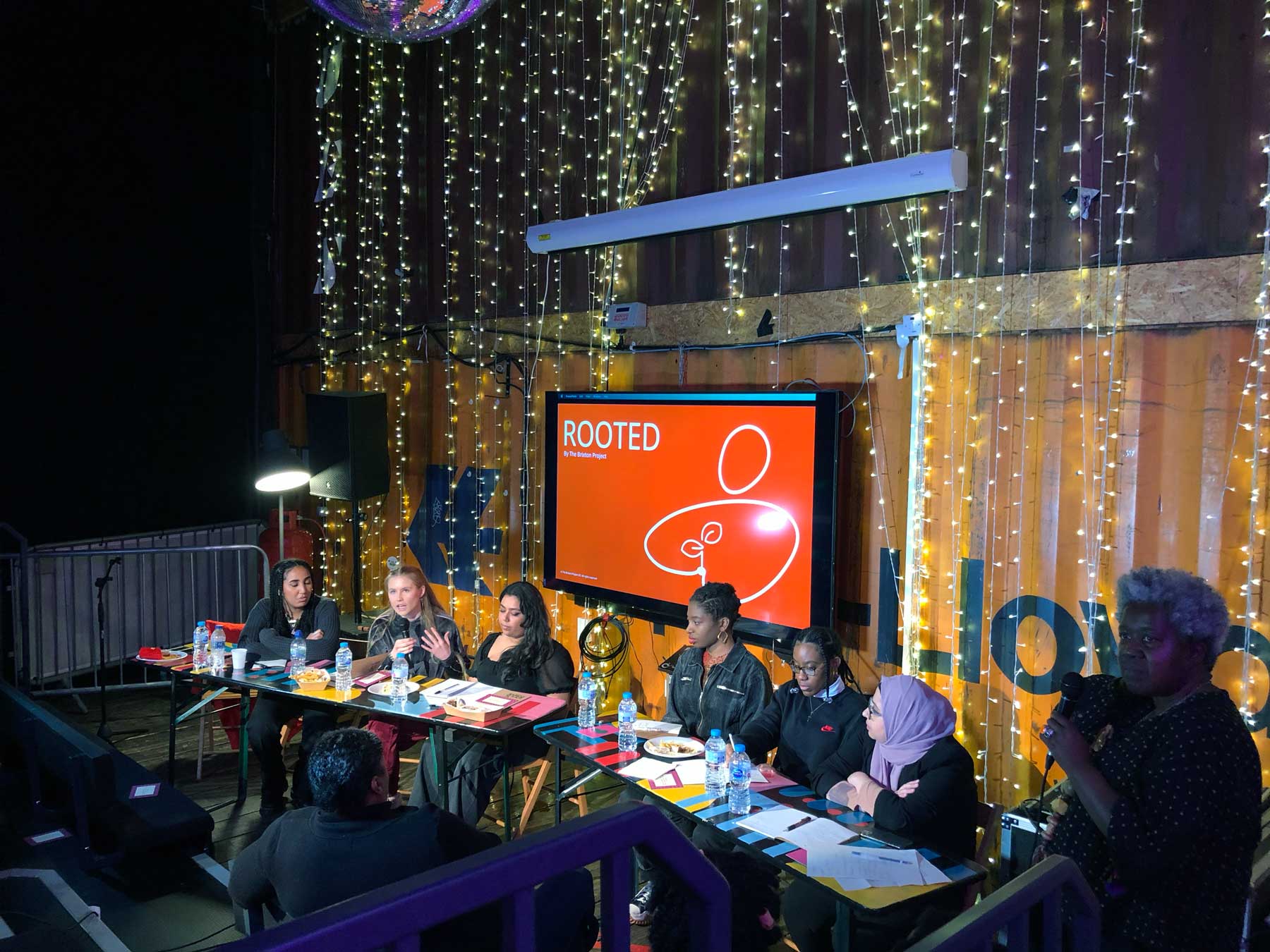 ROOTED Talks: exploring our relationship with the COVID 19 vaccine.

In 2021 a number of young people were invited to participate in a week long self-development programme with The Brixton Project as part of Lambeth’s Grassroots initiative. The participants were guided through workshops exploring our circles of influence, physical expression and mindfulness exercises.

Three ROOTED participants Pamela Toro, Lizzie Jackson and Rihánna Guthrie-Blake are joined on the panel by Afrin Ahmed an anthropologist, Zainab Saeed an immunologist and Elizabeth Akingbade a fashion designer and art director, to discuss their personal relationship with the Covid-19 vaccine.

Pamela Toro  is a Marketing Professional, Digital Content Creator, Writer and is Passionate about empowering the younger generation from South London by increasing their opportunities, resulting in co-founding Community Interest Company, Decolonised Networking.

Lizzie Jackson is as a creative artist who is always finding new mediums to express herself and the views of the world around her. Shortly after completing university she fell unwell with a chronic illness which causes extreme pelvic inflammation, chronic migraines and fatigue.

Afrin Ahmed (she/they) is a recent graduate from Edinburgh University, where she studied Social Anthropology and Politics. Afrin has been involved in student activism, through supporting the running of a Scottish anti-racist conference, heading the university’s feminist society and collaborating with other professors and students in their final year to create the first race and decolonial studies class at the university. Afrin researches race and social housing within London and since graduating has been working at a health and wellbeing start-up. She also volunteer at an anti-carceral feminist magazine, which works to support women in prisons.

Elizabeth Akingbade (Yem) is a Fashion Designer at her own womenswear label Yemzi, she is also an Art Direction student at SCA2.0 and a mother to a two year old.

Zainab Saeed is an immunologist currently studying for a PhD student at Imperial College London. She is investigating COVID19 immunity in pregnancy, including the impact of the vaccine. Zainab holds a Masters in Immunology from Imperial and a Biomedical Science degree from Kings College London.

ROOTED Talks is a series of conversations as part of the ROOTED programme, investigating health and wellbeing in the community.