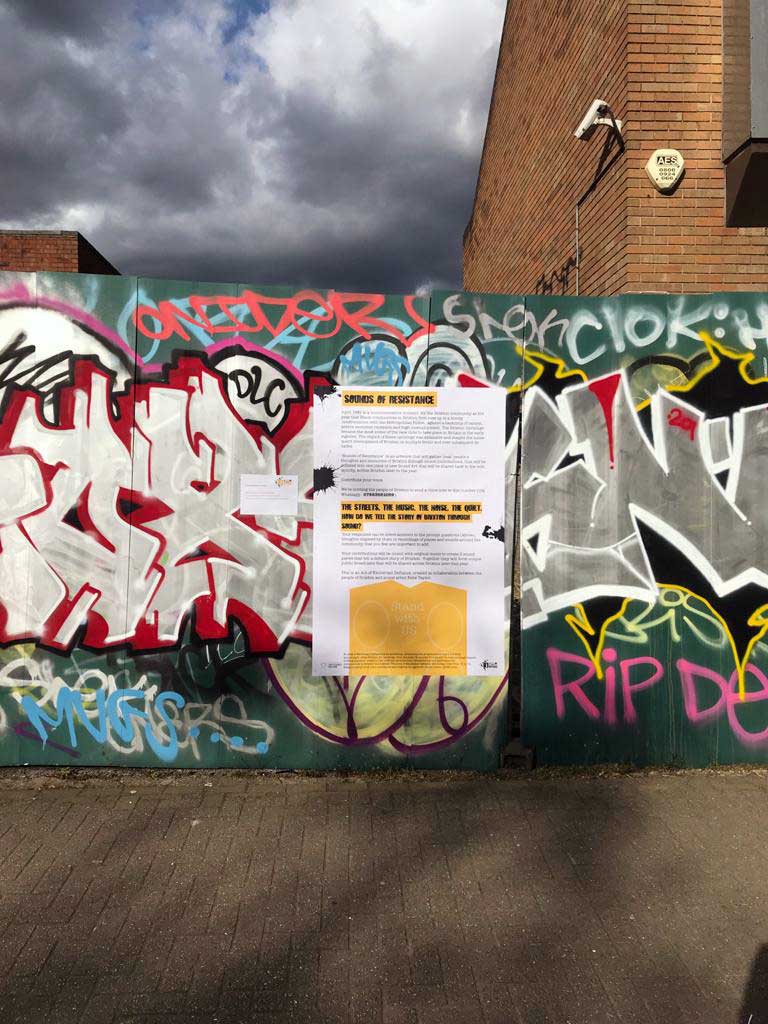 ’Sounds of Resistance’ is a collaborative artwork that will be created by the people of Brixton and the sound artist Felix Taylor. Via a WhatsApp number presented at three locations activated by designer Sam Alebioshu, the public can leave voice notes and messages responding to three site-specific provocations.

These collected recordings will then be used to create a sound work that will tell a distinct story of Brixton across time and space. The recordings will be streamed digitally, played on local radio, stored in local archives, and possibly become a permanent installation later in the year.

Look out for the Sounds of Resistance posters in Somerleyton Passage, International House – behind the police station and Brixton Station Passage.

Felix Taylor is an early career artist part of the African diaspora based in South London. Felix works to create Black-centric technologies, music and objects that can best guide people through various researches and obsessions.

His practice has focused on long form pieces combining traditional composition, speech and field recordings to create works in the context of conceptual art and art music, for live performance, radio and film. His work features include: NTS, 1020 radio, We The Curious (exhibition soundscape), The Arnolfini (workshops in sonic art and soundscapes with young people), Jerwood Space (film soundtrack), The Jewish Museum (live performance) and the Black Cultural Archives (online residency).

Samuel Alebioshu is an Entrepreneur, Graphic Designer and Graduate of Central Saint Martins who has over 10 years experience working with SMEs on their Branding and Communications through his company We Are Grounded. He is also the Founder of DESC and Ilana.

The people of Brixton can send their recording from Friday 9th April 2021 until Friday 16th April 2021.

This project has been made possible by Arts Council England, The Brixton Project and The Visual Unit.