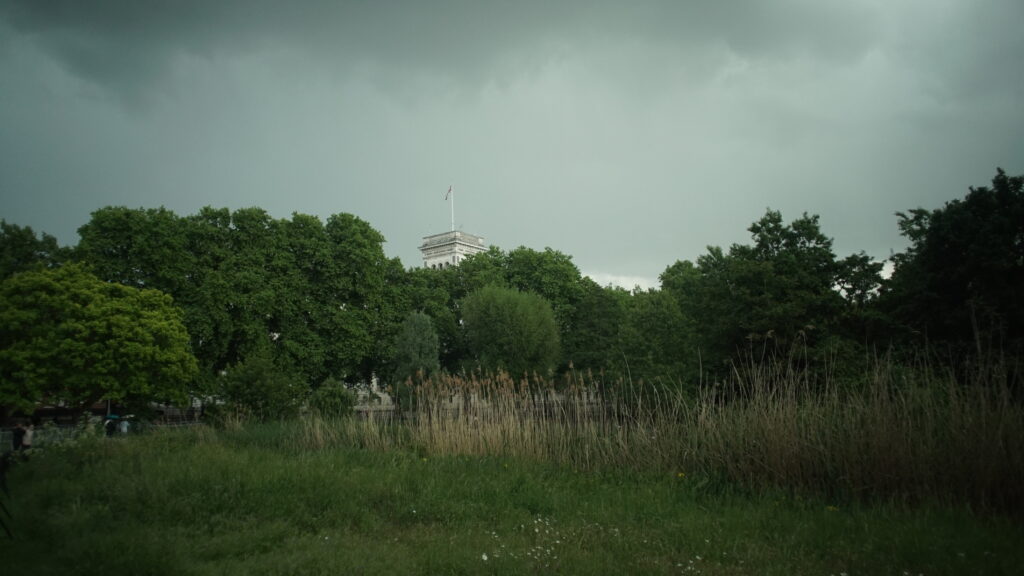 Ungentle is a major new film commission exploring the complicated relationship between British espionage and male homosexuality, based on extensive historical research and a new script by Huw Lemmey, co–directed with Onyeka Igwe.

The film moves from St James’s Park, a historical cruising ground at the centre of British power, to Beaulieu, a historic country house in Hampshire that served as a Special Operations Executive training school, and its surrounding countryside. Lemmey and Igwe employ the expansive potential of artist film in 16mm, using the fictional and factual to challenge the nature of authorship and agency.

This is Lemmey’s first institutional exhibition, and the artists’ first collaboration.

Ungentle is commissioned and produced by Studio Voltaire. Supported The Studio Voltaire Council and The Ampersand Foundation, with additional support from Cockayne – The London Community Foundation and The Elephant Trust.