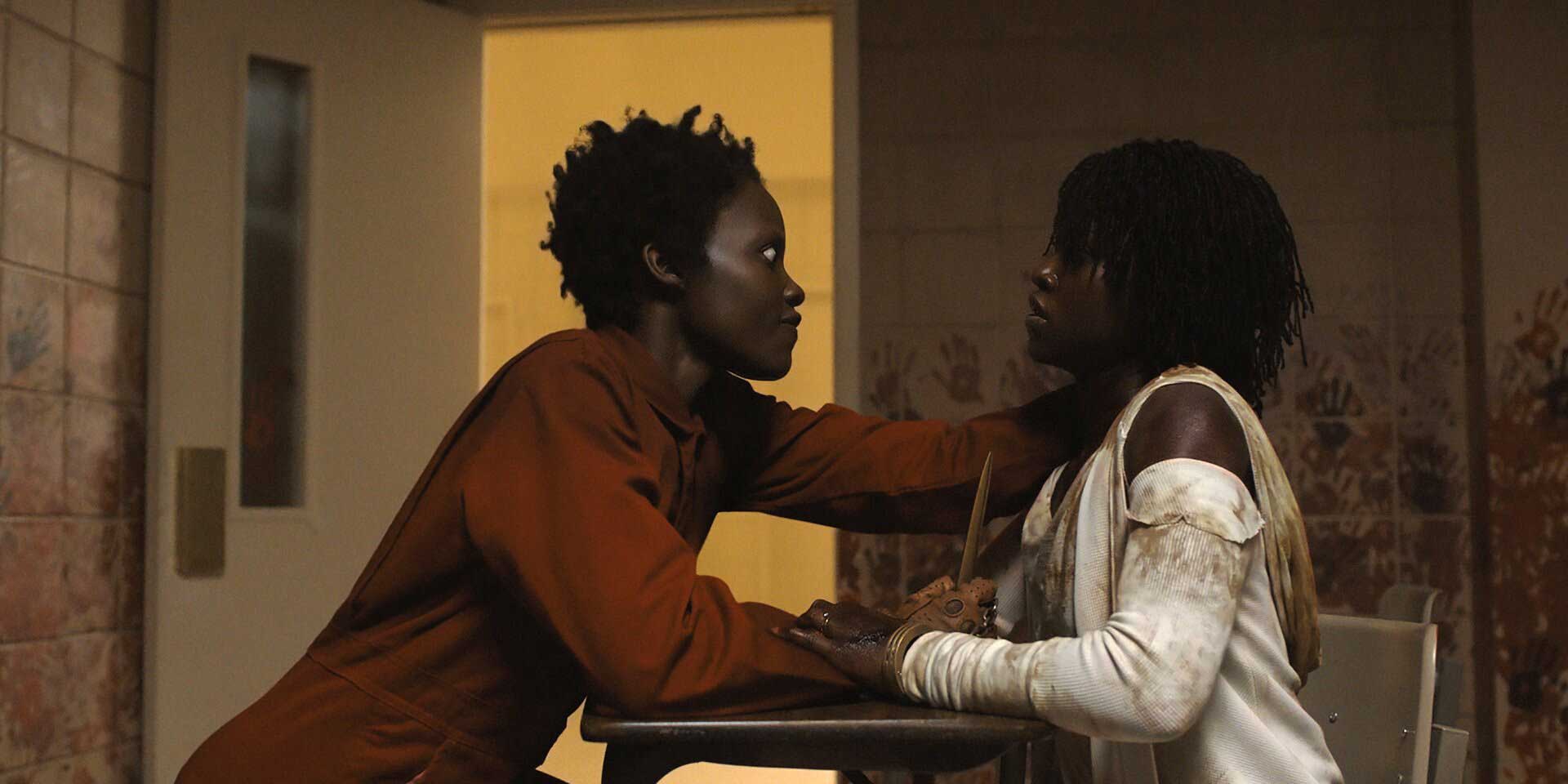 Us and Them, Good and Bad: A Look at Black Female Villainy

The film industry is slowly (very slowly) changing. The one thing that seems to change very little however, are the lead roles available to Black women, especially darkskinned Black women.

There never seems to be many of us on any screen at any one time, and it’s not for lack of options. When there are actresses available like Kiki Layne, Keke Palmer, Danai Gurira, Letitia Wright, Issa Rae, Jodie Turner-Smith, Lupita Nyong’o, Michaela Coel, Lashana Lynch etc etc… Why aren’t we seeing them in several leading roles every single year like we do their white counterparts? Why aren’t they counting as many award nominations or heading as many new shows? These questions are of course rhetorical, we know that the industry suffers from systemic racism and it needs to be stamped out before any real change is seen, but still, they could at least try to make a start.

And while I want more Black women in lead roles in general – in action, comedy, romance, horror, sci-fi and everything in between, what I really want to see is a range. I want to see Black actresses play leads as well as character parts and guest appearances and weirdos and gods but also…villains. I’m not talking about cartoonish, two dimensional bad guys, but complex, multi-faceted, epic villains. Villains we find hard to hate, who are a product of their environment, and other people’s hubris and/or cruelty. If the bad guy has a point, it makes the job of the ‘hero’ more interesting and complicated by default.

It’s why people, especially women love the ‘cool girl’ speech Amy Dunne gives in Gone Girl (2014), or why there seems to be endless reiterations of the Joker and why people found it hard to root against Killmonger in Black Panther (2018), although Michael B. Jordan may also be partially responsible for that. On the flip side, it’s also why Ma (2019) did not get the same reception even with someone as fantastic as Octavia Spencer as the lead, they made her an antagonist whose only vendetta was tied to a white guy she fancied in high school, which as a stand-alone fact may be relatable, but as a reason for kidnap, torture and murder? Not so much.

The usual tropes that go hand in hand with Black villainy revolve around revenge for the acts done in the name of racism, white supremacy and misogynoir, and while it seems to make sense it some films, such as the upcoming Candyman (2021), for others it feels like a lot of unnecessary cinematic trauma for Black audience members. Films like Queen and Slim (2019) or the upcoming tv show Them (2021) suffer from the backlash of appearing to be surface expeditions into Black pain without any real reward. When a Black character, villain or otherwise, only seems to operate in response to stimuli from the white gaze, depth is lost and the could be complicated inner life of a character is sacrificed for what is easy.

Jordan Peele has recently announced some details for his untitled new film. It’s a horror starring Daniel Kaluuya and will have Keke Palmer as the main antagonist. The latest announcement regarding Miss Palmer not only made me extremely happy but many other film loving Black women too, because how often do we get to revel in the joy of a baddie written as deliciously as Jennifer from Jennifer’s Body (2009), who looks like us? How often do we get to root for a bad guy, on par with the smarter than everyone, forever memorable Keyser Söze (The Usual Suspects (1995))? How often do actresses like Palmer get to play a part where they don’t have to be virtuous, or magical or indiscernible “urban”? The answer, not very. While there can be merit in those roles, you don’t become an actor to play variations of the same part repeatedly, and most actors will tell you, being bad is often the most fun.

After reading about Peele’s new film, it got me thinking about his last feature, Us (2019), and more specifically the casting of Lupita Nyong’o as not one but two characters, Red and Adelaide, who could be seen as incredibly complicated villains in their own right.

This year marks two years since Us hit cinemas and I remember going to see it the week it came out. The theatre was packed with mostly black people, and I cannot put into writing the exuberance and pure joy of that experience. Peele is an expert at writing scripts that are universally enjoyed but also simultaneously speak directly to Black experiences, making the films primarily made for a black audience.

An audience who has been starved for representation in the mainstream for so long. From Get Out (2017) to Us (2019), Peele’s work has been dissected and analysed from almost every angle, but what seemed to be lacking from the discussion is Nyong’o’s perfectly pitched and nuanced performances in the latter. Even when her performance of Red, specifically the voice she used to portray her, faced criticism from the National Spasmodic Dysphonia Association and Nyong’o issued an apology, the point of her performance (which she explained so beautifully in her apology) was lost in the backlash.

Adelaide is a woman who – created and abandoned in a terrible situation, an abandoned government experiment who survived on rabbit meat without love, without choice and without hope, and took her chance to escape when she could.

She lived her life knowing that her past would eventually catch up to her. Red was thrust into an unspeakable life as a child by Adelaide, and spent years traumatised, angry and vengeful. They are both wives and mothers, both intelligent, strong and desperate, “one soul shared by two”. It’s impossible to know who to root for, even after a second, third and fourth watch. Adelaide is seemingly the more relatable character throughout most of the film, but as we learn new details of Red’s life and history, and see shades of Adelaide that aren’t flattering, it becomes easier to relate to Red’s pain and her desire for revenge.

What Nyong’o did with both roles is nothing short of astonishing. Not only creating two entirely different personalities, but two different physicalities as well, especially with Red whose movement is more robotic than human and yet is performed with such ease, she is upright and moves in singular, swift and decisive gestures, often in a grid or square formation, as a result of the cramped hallways and rooms she has navigated through for most of her life. Adelaide, however, moves like how we’d expect. She is an affectionate and protective mother and wife, she is graceful, smart and dextrous, until she comes face to face with Red in the fight for her life, and she becomes feral, animalistic, ruthless. Rather than take away the voice of a dark skinned Black woman, which happens far too often, Peele has given us two voices, and Nyong’o made them distinct. It’s fascinating to see her try and outwit and outmanoeuvre herself. It’s a relief that for once, what they are scared of and what they are fighting isn’t racism, or white supremacy or misogynoir or rape. There is something so pleasing in seeing a woman like this flex acting muscles she might never have got to use given the status quo. It’s thrilling to see a black female character uncontained.

There is so much in a Black woman’s life that feels contained already, lest we be called angry, emotional, aggressive, intimidating etc. It’s cathartic to see one of us be all those things, and justly so. Equity in acting roles is the freedom and choice to play parts like Amy Dunne and Killmonger. The grace to play flawed protagonists who straddle good and bad. The chance to not always have to be a perfect positive representation for the culture, or a mammy, or monster of white creation. If the rest of the world gets to play at being bad, twisted or downright evil, why shouldn’t black women get to play too? We contain multitudes and it’s time we saw that on screen, across all genres.

Black women, have a lot to be angry about, a lot of things that could be fodder for origin stories or tales of vengeance that could fuel a thousand scripts and more, and while I am excited for the new Jordan Peele film and for Palmer’s role in it, it can’t be one man’s job to give us the representation we crave, as good as he is at it. It is not enough, and we want and deserve more than crumbs when we know that if anyone cared enough, there could be a feast available.

To paraphrase a quote, the world should be happy that Black women want equality and not revenge.